Blog
You are here: Home / Blog / Uncategorized / Ways to reinvigorate the industry

In a time where so many jobs center around the computer, many kinds of manual labor are no longer in high prevalence but that does not mean that the manufacturing industry is dead. It means that it just needs to be reinvigorated and there are a few simple ways to do so. Check out how below. 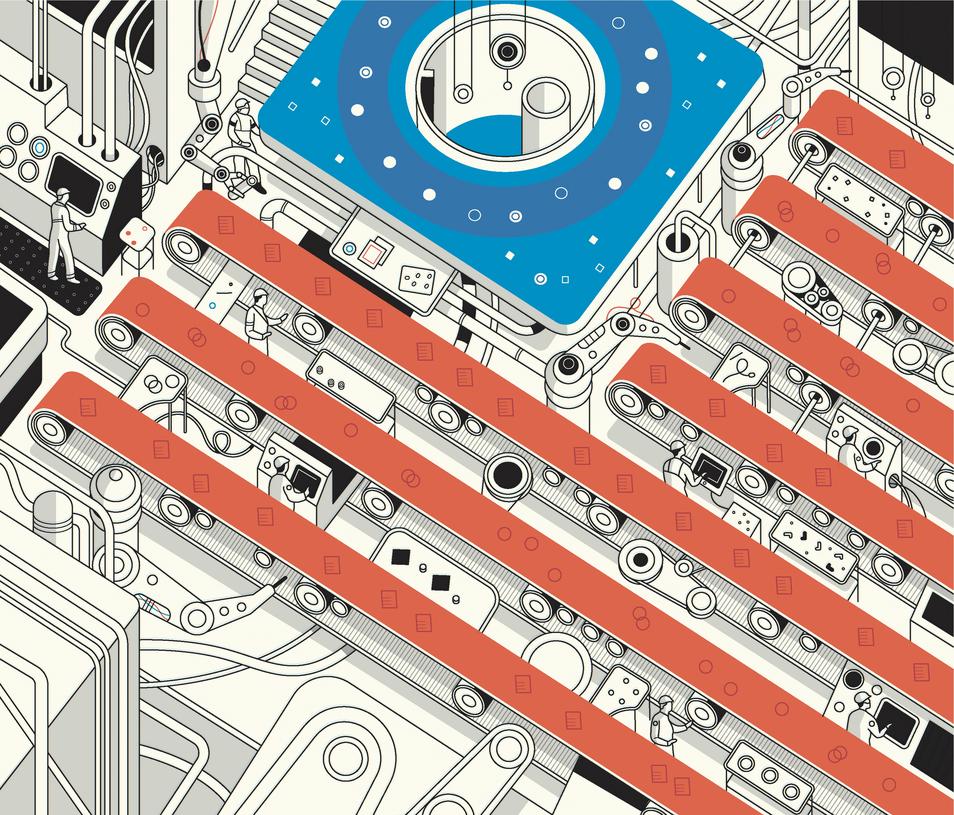 U.S. manufacturing
employment has edged up in recent years. New policies could accelerate
job gains and investment in manufacturing.ILLUSTRATION: HARRY CAMPBELL FOR THE WALL STREET JOURNAL

After a long decline, manufacturing is returning to the U.S. Now it
may be time for U.S. policy makers to give it an extra boost.

The U.S. shed 5.7 million manufacturing jobs from 2000 to 2010-more
than a third of the manufacturing workforce-as companies abandoned
plants and workers in favor of low-cost foreign countries. But in recent
years, manufacturing employment has grown slightly as the auto industry
rebounded and domestic plants became more cost-competitive with those
of other countries where manufacturing expenses have escalated because
of higher wages.

Now researchers, politicians and business leaders are coming forward
with strategies to accelerate job gains and investment in manufacturing.
Their ideas range from pruning regulations that raise the cost and
effort of running a manufacturing operation to imposing a value-added
tax on imports to beefing up training programs so companies have an
easier time finding skilled workers.

Reviving the manufacturing sector won’t be easy-but, these advocates
argue, it’s crucial. Manufacturing is one of the best generators of
wealth for an economy, requiring processes, materials and work skills
that create employment and profits at each step in an assembly.
Countries that don’t make anything eventually start to lose their edge
in research and product development.

“Manufacturing and design drive each other,” says Steven Schmid, an
aerospace and mechanical engineering professor at the University of
Notre Dame. “If you lose one, you’ll lose the other, too.”
The U.S.’s reliance on foreign-made goods provides a conduit for
trillions of dollars to leave the country. The U.S. trade deficit-the
difference between what is imported and what the U.S. exports-amounted
to $500 billion, or about 3% of total U.S. GDP last year.

Want to join the discussion?
Feel free to contribute!